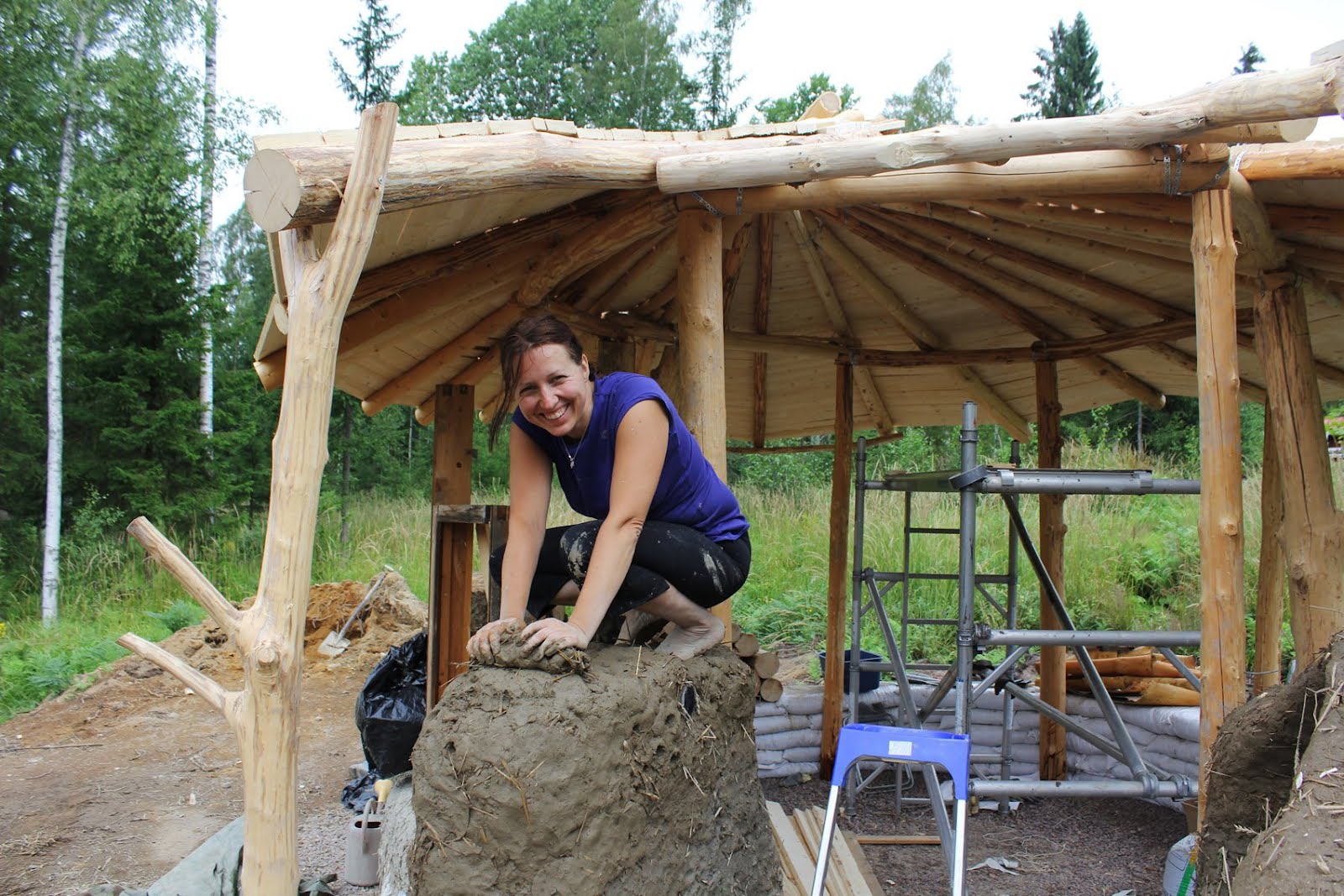 Fingers in the loving mud

When I came back, my father was suffering from a flu, so he had to take a day off from building. But on Friday, busily blowing into a piece of tissue, he climbed back onto the unfinished roof and started hammering the planks to place. Over 300 metres of lumber and countless hours later, today, my father finally finished the job - wahey- thank you dad! It looks great to my eyes and the smell of new wood is lovely. 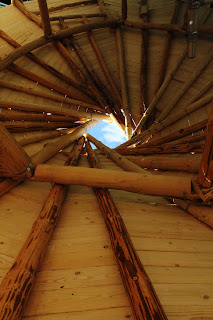 Now the next thing to do with the roof is to attach some fascia boards to the eaves, and set up the green roof. I have already ordered the plastic sheeting (8x7m), which will have an underlay and some carpet and styrofoam sheets as insulation (which I had available in any case). Over that I will add some soil and shallow-rooted plants, including different berry plants, like wild strawberry, lingonberry and bilberry, which are native to the surrounding forest anyway.


Since last Thursday, I have been working on building the cob and cordwood cob walls. My mother has been mixing the cob with me, and occasionally also my son - and even my 8-year old niece was joining the muddy fun. It is lovely to see big and small people getting their hands and feet dirty - stomping on cob with bare feet initially makes most people tickle, me included, so a lot of giggles ensued. However, it's a long and slow process to mix and build with the stuff, so children find it hard to keep at it for a longer period of time and I can't blame them. Plus catching frogs and lizards is more fun! My mother keeps asking me from time to time: aren't you bored of the work yet? And somehow I just can't lie to her and say: no, not yet. :)

Our friendly neighbour offered his time and help once again, so I asked if he wanted to set the windows into the south wall, where I had left an opening for them. Jani put braces in the wood frames and set them in the cob shelf and each other with pieces of screws and wood (also poking out of them to use as 'keys' for catching on the cob). After I piled some cob to the sides of the window frames, they feel really solid and are not going anywhere in a hurry. Now I just hope they haven't twisted too badly for me to be able to get the actual glass in at a later point. But it's a lovely feeling to have windows! Such a small thing, yet makes the cottage look like a real dwelling somehow.

A lot has happened in less than a week, so I am intending to write this blog at least once a week to keep you updated about what's happening, particularly since I will be in Finland until the beginning of September this time around. By then a lot has to be done and as expected, work is slow. But I am very happy that in the end of every day when I take a photo of the cottage and pull the tarp back on it for the night, I can see progress. I can see nature. I can see love. And I can see myself as a little child. And the little child in me now as an adult.

And many times, even when I am picking up cordwood logs, inserting bottles in the wall, sculpting shelves or just designing in my head, I feel so very blessed and lucky to be doing this - and to be loving this. I hope this photo says it all. :) 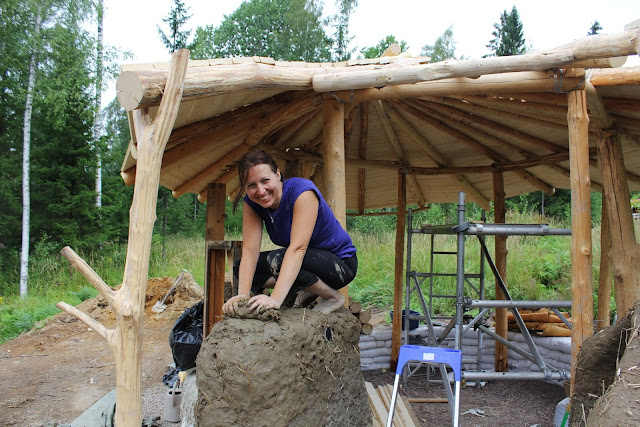 Here are few more photos of the happenings of the week. More to follow in a week. Tomorrow I will take a day off and take my son to a big amusement park in Helsinki. I realised that the only way to keep sane is to stop work once in a while, rest my body and remove myself from the site. Otherwise I will just longingly gaze out of the kitchen window and answer the cottage siren's call (to work)... :)

These photos were taken tonight, after the day's work.The weather's been mostly great, although at times too hot and humid for pleasurable working. But, I am addicted to the work and regardless of the weather, keep plodding on. With my hands in the loving mud. With my loving hands in the mud. I shall get there... :) 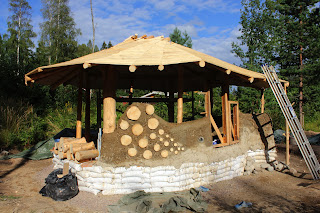 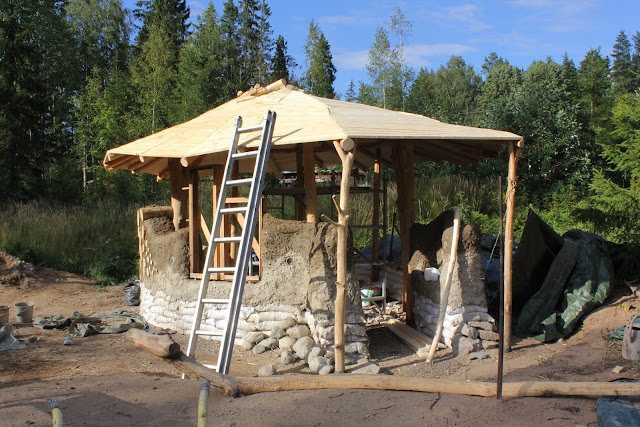